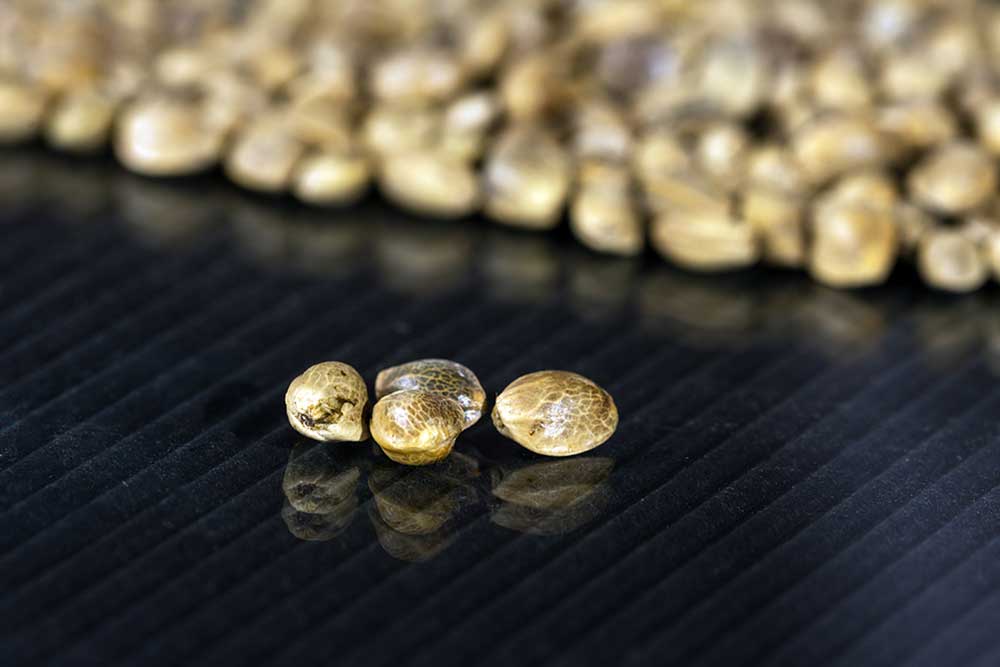 The enjoyment of marijuana buds can be credited to female species. Female plants are responsible for producing flowers that ooze with cannabinoids like THC, which is the reason why you get to know euphoria and other benefits.

It’s the reason why growers have come up with feminizing seeds. Technically speaking, it shouldn’t be referred to as ‘female’ but as ‘feminized’ as it has to stain flowers like a male part to develop pollen.

Growers only hang on with male plants for the breeding procedure because they only waste resources and the garden space. Continuous pollination when there’s a male plant would only give you seeds rather than the sought-after potent buds.

When you buy and plant regular seeds, the chance to have female plants is 50/50. However, the sought after female plants can mature and have intersexual tendencies when under stressful conditions.

It is the situation that became the basic principle of feminizing Cannabis seeds. The goal includes the stabilization of feminized seeds, so even home growers can minimize intersexuality by themselves.

The cannabis plant is a complex organism as it can’t be specified by just one sex and the opposite. Aside from being an annual type, it’s a dioecious plant that has male and female parts that are separated into different plants.

A cannabis plant can bring out flowers of the opposite when arranged in a certain condition. It happens for the sake of survival, so Cannabis can continue its lineage and reproduce as they remain annual and dioecious.

Some Cannabis plants become intersexual, and the term for this is ‘hermaphrodite.’ It happens when the plant dwells in a stressful environment. For example, the instances of temperature fluctuations, physical damage, light cycle irregularity, and so on. Eventually, intersexual happens as a desperate move for survival.

The plants can detect if a growing condition is not favorable, and it’s a threat to its reproduction. Poor growing conditions imply that the plant won’t be likely to survive in the entire season, and therefore, it won’t have a chance to cross-pollinate for seed production.

With feminized seeds, they will grow a plant that would exclusively bear flowers and buds for consumption. The yield is full of potency.

Looking Back to the Past of Feminized Marijuana Seeds

The first time that feminized seeds were introduced to the Cannabis community, they were more expensive than the regular ones. But it changed, and you can now get affordable feminized marijuana seeds in good quality. You can even choose from the existing varieties.

When growers came to know them, there was a fear of instability due to hermaphroditic chances. It is based on the insight that it may pass down the genes to the seeds.

But feminization techniques progressed through time. With the help of some chemicals, the passing of genes is not compromised as it only establishes the stability of feminization. As long as you purchased feminized marijuana seeds from a reputable seller, there’s no need to fear instability.

This method starts with not harvesting the buds right after the blooming stage. It is a process that forces it to naturally become a hermaphrodite, which most growers want to control. The seeds that it produces might also have hermaphroditic nature.

It’s a slow and less efficient process. It doesn’t guarantee the development of the pollen as it can be halted by interrupting lights.

It is a solution that is sprayed to the plant. It prevents the production of a gas that induces flowering called ethylene. So it makes female plants develop pollen sacs so it can produce feminized seeds. It is viewed as a more reliable and effective method.

Advantages of Having Feminized Seeds

When it comes to working in the garden, growers will opt for easy steps rather than complicated ones. When you only have feminized Cannabis plants, you don’t need to spend time weeding and pruning male plants before they can pollinate the female plants.

Every grower or farmer wishes to have their effort get paid off. Everyone would be willing to settle with some things that can grant their wish. With feminized seeds, you will only have female plants that are capable of producing flowers that bear massive THC and CBD content.

Female plants are the only ones that can do it as male ones’ purpose is for growing seeds.

It is the point that would be appreciated the most by commercial growers, but of course, small-scale growers would also love high yield. It will happen as long as you practice the proper cultivation techniques.

Every grower aims for quality when it comes to production. Feminized seeds are stable enough to not turn into hermaphrodites. They would only work in producing high-quality weed.

The disadvantage of Having Feminized Seeds

When you want to grow new strains, it’s a requirement that you use male and female plants. Male plants don’t bear buds, so it’s impossible to tangibly witness their genetics.

You can only discover what they are when you cross them with a female plant. With the new strain, you will see the male plant’s genetics. Breeding may need a lot of trials, and all of those steps, a male plant should be present, and a female plant can’t do it only by itself.

2. The Odds on Feminized Seeds Quality

At the early stages of the existence of the feminized seeds, feminizers used intersex-prone females. Although there’s a lot of development, some growers still practice the method that doesn’t give assurance of producing high-quality feminized seeds.

So the matter of buying from a reputable seller comes in this part. When you get feminized seeds that are poor in quality, they can grow into hermaphrodites or male plants.

To avoid this consequence, you can feminize the seeds by yourself. So you are sure of the quality.

Other Things You Need to Learn About Cannabis Feminized Seeds

1. The essential steps for the growth of feminized seeds are no different from the regular ones. There’s no need to have another set or different equipment, nutrients, and techniques.

Even the storage process remains the same as the regular seeds. Feminized seeds should be kept in a dry place with ideal temperature from 5 to 7 degrees Celsius. The fridge, specifically the door area, is the ideal place.

2. It’s a misconception when feminized seeds are called genetically engineered. Genetic engineering refers to species’ DNA combined with DNA of another. It’s like combining the genes of tomato and fish.

But it hasn’t happened with feminized seeds yet. Only genetic modification was applied to some selective process of making strains like how Skunk #1 was made.

As long as you get the feminized seeds with good quality and you do the right way of growing them, you will obtain female plants that would be your source of potent weed.

It would be helpful to medical marijuana patients as it’s like their supplement. They won’t waste the time of getting rid of male plants, and they can have the harvest with no delay. It won’t make them run out of their supply.

If you are planning to learn about growing cannabis on your own, it is important to strive to learn... read more

Male plants pollinate female plants, so it creates seeds with a 50/50 chance of having female plants. Cannabis cultivators... read more

Autoflowering Cannabis Seeds 101: Why Sell them in your Store

Our wholesale cannabis seeds menu boasts of a wide, fine range of different varieties to choose from so that... read more

Feminized VS Auto Weed Seeds: Which is More Potent?

Marijuana growers look forward to collecting potent weed. It is possible when you start with seeds that bear good... read more

The General Difference Between Autoflowering and Feminized Cannabis

Most people might have totally misunderstood the concept between these two, feminized seeds and autoflower seeds. This article will... read more

When planning your outdoor grow, be sure to invest in the right seeds for the best flowers and harvest.... read more

No By clicking yes, you certify that you are over 18. By using this website, you agree to our legal disclaimer.